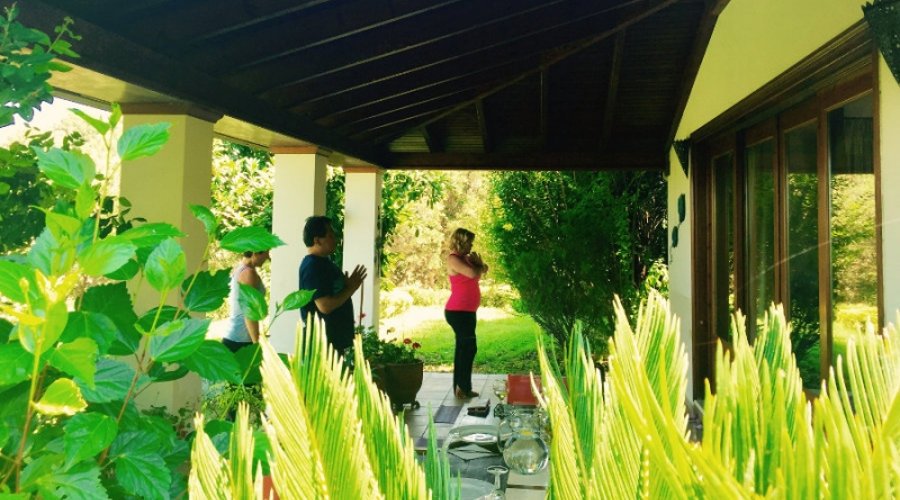 During this unique adventure we will explore the beauty and energy of the land of Olympia.

Departing from the port with your private vehicle and driver, you will travel through the rich countryside between the Alfios and Kladeos rivers, on your way to Olympia, where you will embark a 2 and a half hour guided tour, that visits the temple of Zeus, the temple of Hera, the shrine of Hera where the lighting of the Olympic torch takes place and the stadium, among other sites.

Ancient Olympia, the archeological site where the first Olympic Games started in 776 BC, lies in the lush valley formed by the Alfios and Kladeos rivers. The temple of Zeus in antiquity was housing one of the 7 wonders of the ancient world, the gold and ivory statue of Zeus, which Phedias had created. You will then see the temple of Hera, the shrine of Pelops (one of the oldest in the sanctuary), the Council house where the athletes took the Olympic oath, the Treasury houses, the Gymnasium and the Palaestra where they used to exercise for a month prior to the Games. Finally you will reach the stadium, where the marble starting blocks are still in position, and feel the energy overflowing from the earth.

At the same time, our exploration of our inner landscape will bring deeper self-awareness. This is perfect for those who want to unblock all mental and physical barriers to live the best life ever!

You will also visit the Archeological Museum, only a short walk from the Olympia site itself. There you will find a wonderful collection of Greek sculpture, as well as treasures that have been unearthed over a century of excavations, and you will be able to feel the energy being emitted from these artifacts. See the breathtaking original pediments from the Temple of Zeus, all in white marble from Paros, illustrating the mythical war between the Centaurs and the Lapiths on the one side, the beginning of the chariot race between Prince Pelops and King Oinomaos on the other side. The museum is also home to the famous Hermes of Praxiteles statue and the statue of winged Nike.

Depending on the time of year that you will visit Olympia and the time that you will have at your disposal, you might want to either have the guided tour through the site and the museum be shorter than 2 and a half hours, or skip the museum, explore with your guide only the archaeological site and have more energy afterwards for your unique athletic activity.

After the private guided tour you will be able to choose one of the following athletic activities:

In a private area and with a private instructor specialized in yoga, you will be able to enjoy a yoga session that will help you fully revitalize your body and mind and get the most out of each breath. Most important of all, you will be able to experience that in Olympia, which is considered an area filled with energy. Depending on the weather conditions your session will either be indoors or outdoors, in a private garden or veranda with a view.

How about going jogging or race walking on the hills surrounding the archaeological site of Olympia? We have designed some routes that you can choose from, which include more or less uphill paths as well as a brief stop to see the monument of Pierre de Coubertin in the gardens of the Olympic Academy, who was the founder of the modern Olympic Games in 1896. The highlight of this activity will be once you will reach the road overviewing the ancient stadium, jogging or race walking a parallel path to that of the ancient champions.

All you need to bring with you are your running shoes, your shorts and the best of your energy. The rest, water, a place to change if you need to, and energy drinks if necessary, we will provide you with.

A cycling adventure awaits you, to explore the land of Olympia. You will be able to go over Kronios hill and even reach the entrance of the Olympic Academy, where a monument of Pierre de Coubertin lies.

We can provide you with a place to change your clothes, if necessary, as well as with the bicycles that you will use. If needed, we can arrange for an expert in the area who organizes biking retreats to lead the way for you.

At the end of your invigorating retreat, it is time to boost your body’s vitality. A meal of healthy, mouth watering ingredients composed of high vibration living foods including raw or steamed superfoods awaits you that will enhance your holistic health, energy and long term weight control.

This will truly be a life-changing retreat. Join us and we promise you will leave more inspired about your life!

Tweet
More in this category: « The Overall Experience Minivan Tours »

Highlights
Private guided tour of the Olympic Games site
Private guided tour of the Archaeological Museum of Olympia
Free time in the modern town of Olympia
Athletic Retreat extra activity
Duration
5.5 to 6 hours
Entrance Fees
12 euro p.p.: Combined ticket for the archaeological site and museum in Olympia
Children up to 18 y.o. enter for free
Good to know
Travel time: 1 hour 10 mins
Walking distance: Depending on the extra activity
Total number of steps: 20 or less
Restrooms available: Yes
Shopping available: Yes
Air conditioned: Inside the vehicle and the museum
Photo restrictions: No flash photography and no posing inside the museums
Credit cards accepted: Yes
All private tours can be customized further according to your needs and preferences.
We always try, when possible, to start the visit from the least crowded areas depending on where the rest of the crowds will start from.
During summer, Greece can be very hot. It is advised to have with you sunscreen, glasses, hats and dress lightly in order for you to enjoy more the time you will spend outdoors.
Strenuous activity: Requires active participation, walking long distances over uneven and steep terrain or on steps.