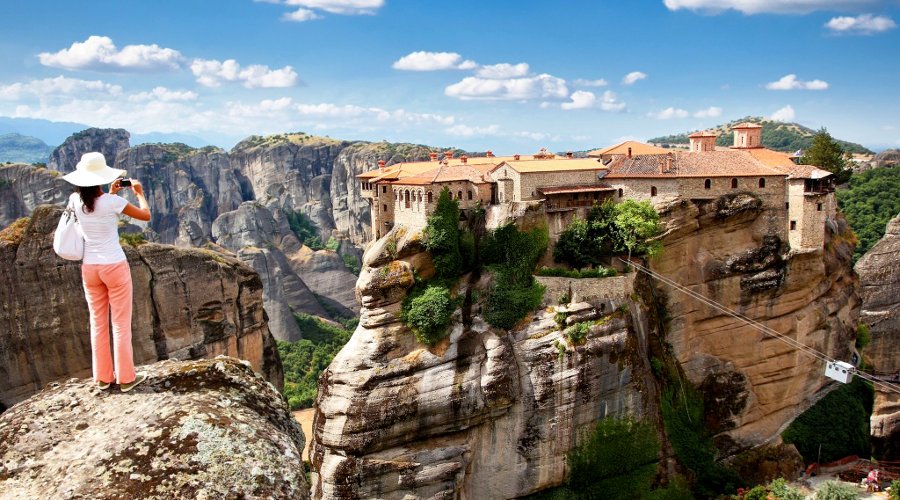 Meteora is one of the most amazing places in Greece. Meaning "suspended in air" the name Meteora soon came to encompass the entire rock community of 24 monasteries, the biggest and most important group of monasteries in Greece after those in Mount Athos. There were no steps and the main access to the monasteries was by means of a net that was hitched over a hook and hoisted up by rope and a hand cranked windlass to winch towers overhanging the chasm. Monks descended in the nets or on retractable wooden ladders up to 40m long to the fertile valleys below to grow grapes, corn and potatoes. Each community developed its own resources and by the end of the 14th century, the Grand Meteoron emerged as the dominant community. The rock monasteries have been characterized by UNESCO as a unique phenomenon of cultural heritage.

Please note that due to Covid-19 health protocol, guided tours inside Grand Meteoron are not allowed. If you'd like to visit this monastery, your guide will provide all information outside the monastery and you will visit it on your own.

Additionally, to visit the monasteries men should not wear shorts, and women must wear long skirts. If you don't have skirts with you, you can get them outside Varlaam monastery for the cost of 3.00 euro per piece.