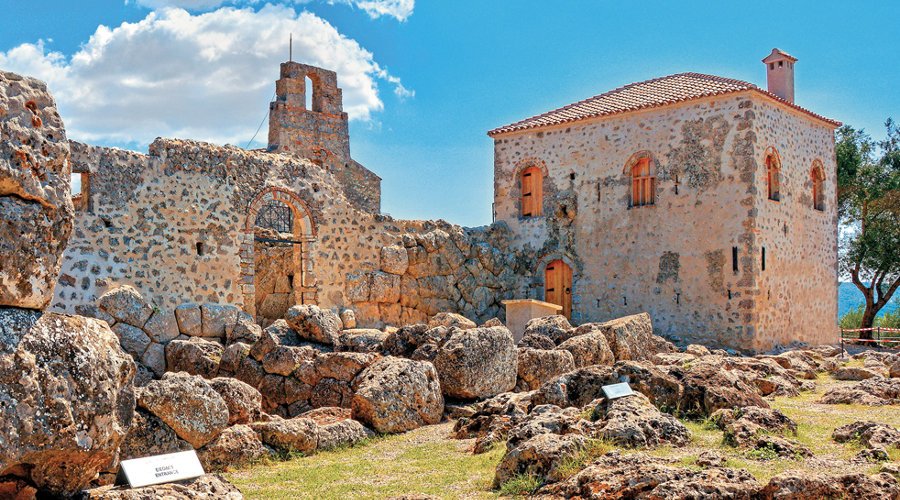 Board a unique guided experience, with the help your licensed tour guide will provide you with, who will lead you through this site as a priest would have back then, following the procession and walk through the rooms and the labyrinth, to the gate of the dead.

The most famous nekromanteion (or nekyomanteion), or oracle of the dead, of the ancient Greek world lies near the northwest shores of the Acherousian Lake, where Acheron and Kokytos, the rivers of Hades, meet. Ancient literary sources describe the Acherousian Lake as the place where the dead began their descent to Hades, and associate Ephyra, the Epirote city located further north, with the ancient cult of the god of death. The nekromanteion attracted people wishing to meet the souls of the dead, as these were able to foresee the future after having left their body.

The remains of the actual nekromanteion date from the Hellenistic period. These comprise the sanctuary's main building, erected in the early Hellenistic period (late fourth-early third century BC), and an annex of the late third century BC, which consisted of a central courtyard surrounded by rooms and warehouses. The sanctuary operated in this form continuously for approximately two centuries, but was burnt down and ceased to function after the Roman conquest of Macedonia in 167 BC. The sanctuary's courtyard was occupied once again in the first century, when Roman settlers arrived in the plain of Acheron. The convent of Agios Ioannis Prodromos and its cemetery were established over the ancient ruins in the early eighteenth century.

For this guided visit with a licensed tour guide you will need approximately 40 minutes and then you can stay as long as you like, to capture in your photos, the beautiful land escape and the unique ruins.