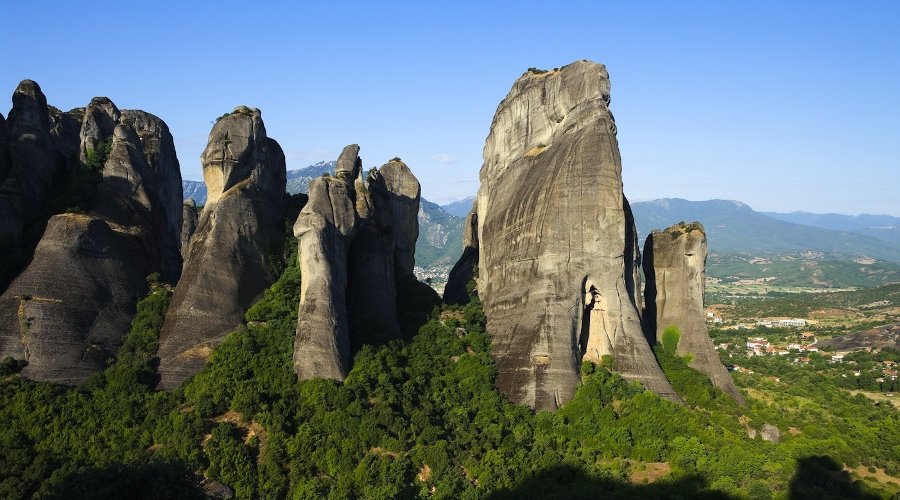 Day 1: This is one of the most popular tours, for travellers that want to explore the highlights of Greece in a few days and that is why it is called the classical tour of Greece. Your 5 day tour will start with the drive through the National Highway to the Peloponnese. A stop will be made by the famous Corinthian Canal or else Isthmus that separates the Peloponnese from the Greek mainland, for pictures and coffee. Your journey towards Epidaurus will continue with a 40 min. scenic drive along the coast of the Saronic gulf. On the way your driver will point out for you to see the ruins of the ancient port of Kechries where St. Paul embarked his ship after preaching to the Corinthians to get to Ephesus. Reaching Epidaurus you will have a private tour of the spiritual sanctuary of Asclepius and the theatre with the most famous acoustics in the world. Leaving ancient Epidaurus you will continue with the drive to Nafplion, a picturesque sea port town on the Argolic gulf. This was the first capital of modern Greece; it's a city with beautiful monuments and neoclassical buildings as well as two famous forts Palamidi and Bourtzi, which is located on an island opposite the port. You will be able to stroll around, take pictures and have lunch in the "shade" of the tall neoclassical buildings next to Sydagma square. Continuing your journey in the afternoon you will also drive and visit Mycenae, the centre of power in the late Bronze Age till the 11th century BC. There lies the famous Lions Gate and the Acropolis where Agamemnon was murdered by his wife Clytemnestra and that is where you will be able to explore all of its pathways. Leaving the Acropolis you will also make a short stop by the treasury of Atreus, also known as the tomb of Agamemnon. Then you will drive back to Nafplion where you will spend the night.

Day 4: In the morning you will enjoy breakfast at your hotel. Then you will begin your journey towards Kalambaka, driving by the central Greece towns of Amphissa, Lamia and Trikala. You will visit one of the most amazing places in Greece, Meteora. Meaning "suspended in air" the name Meteora soon came to encompass the entire rock community of 24 monasteries, the biggest and most important group of monasteries in Greece after those in Mount Athos. There were no steps and the main access to the monasteries was by means of a net that was hitched over a hook and hoisted up by rope and a hand cranked windlass to winch towers overhanging the chasm. Monks descended in the nets or on retractable wooden ladders up to 40m long to the fertile valleys below to grow grapes, corn and potatoes. Each community developed its own resources and by the end of the 14th century, the Grand Meteoron emerged as the dominant community. The rock monasteries have been characterized by UNESCO as a unique phenomenon of cultural heritage. You will spend the night at a hotel in the center of the village of Kalambaka, overlooking the rock formation of Meteora.

Day 5: You can either start your day with a visit of another monastery, or with the drive back to Athens. Along the way you will see among other things and stop by Thermopylae, where in 480BC was fought one of the most historical battles in world's history. You will also get the chance to see the tumulus of the Spartan soldiers. Along the way you will also pass the city of Thebes famous for Oedipus and the battle of Plataea nearby as well as the area of Marathon where the other famous battle of the Medic war was fought in 490BC. Soon after that you will arrive back to Athens and drop you off at the hotel or airport.