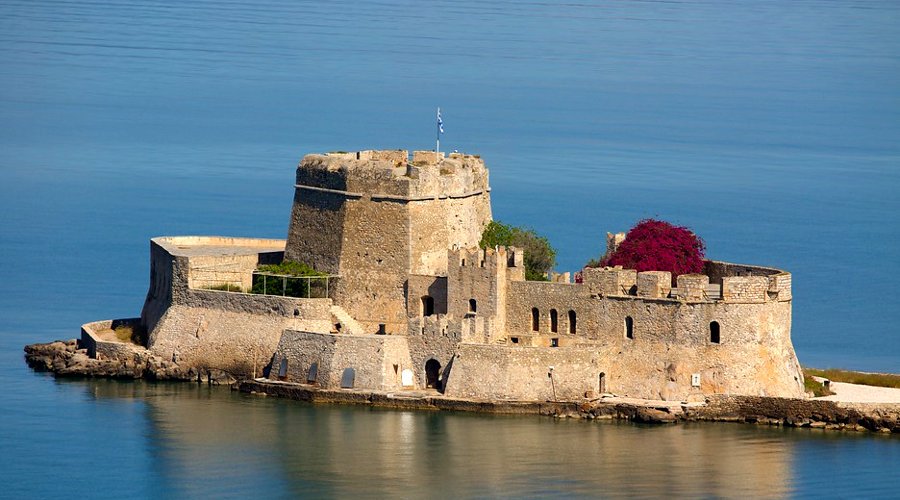 Day 1: Your 3 day tour will start with the drive through the National Highway to the Peloponnese. A stop will be made by the famous Corinthian Canal or else Isthmus that separates the Peloponnese from the Greek mainland, for pictures and coffee. Your journey towards Epidaurus will continue with a 40 min. scenic drive along the coast of the Saronic gulf. On the way your driver will point out for you to see the ruins of the ancient port of Kechries where St. Paul embarked his ship after preaching to the Corinthians to get to Ephesus. Reaching Epidaurus you will have a private tour of the spiritual sanctuary of Asclepius and the theatre with the most famous acoustics in the world. Leaving ancient Epidaurus you will continue with the drive to Nafplion, a picturesque sea port town on the Argolic gulf. This was the first capital of modern Greece; it's a city with beautiful monuments and neoclassical buildings as well as two famous forts Palamidi and Bourtzi, which is located on an island opposite the port. You will be able to stroll around, take pictures and have lunch in the "shade" of the tall neoclassical buildings next to Sydagma square. Continuing your journey in the afternoon you will also drive and visit Mycenae, the centre of power in the late Bronze Age till the 11th century BC. There lies the famous Lions Gate and the Acropolis where Agamemnon was murdered by his wife Clytemnestra and that is where you will be able to explore all of its pathways. Leaving the Acropolis you will also make a short stop by the treasury of Atreus, also known as the tomb of Agamemnon. Then you will drive back to Nafplion where you will spend the night.

Day 2: After breakfast, you will start your day with the approximately 3 hour drive through the highway and the mountains to the other side of the Peloponnese where Olympia is located. If you do not mind driving very windy roads you can also take the old road across so that you make stops by the picturesque mountain villages like Lagadia or Dimitsana, for coffee or lunch. As soon as you arrive in Olympia you will enjoy a private guided tour through the site-birthplace of the Olympic Games, where still lie the ancient gymnasiums, the temple of Zeus and Hera and the stadium. A few meters away from the site is where you will visit one of the most impressive museums in the world, since it houses the originals pediments of the temple of Zeus and Hermes by Praxiteles. Overnight stay in Olympia.

Duration
3 days
Entrance Fees
12 euro p.p.: Ticket for Epidaurus
12 euro p.p.: Ticket for Mycenae
12 euro p.p.: Combined ticket for the archaeological site and museum in Olympia
Children up to 18 y.o. enter for free
Good to know
Travel time: Average 4 hours per day
Walking distance: Average 2000 m. per day
Restrooms available: Yes
Shopping available: Yes
Air conditioned: Inside the vehicle and the museums
Photo restrictions: No flash photography and posing inside the museums
Credit cards accepted: Yes
All private tours can be customized further according to your needs and preferences.
During summer, Greece can be very hot. It is advised to have with you sunscreen, glasses, hats and dress lightly in order for you to enjoy more the time you will spend outdoors.