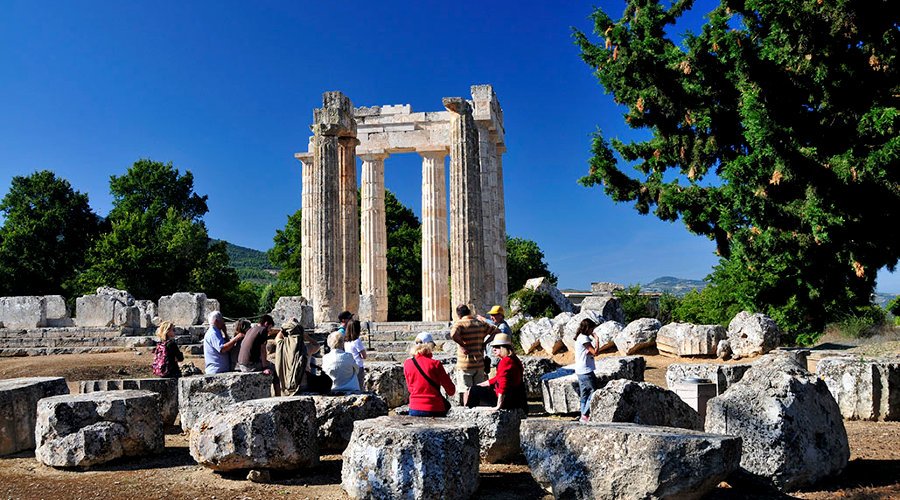 Once in Nemea, the highlights are the archaeological site with the ancient stadium nearby and the small museum nearby. The opening hours are subject to continues changes and you can contact us, giving us the date of your visit, so that we provide you with the exact opening hours.

Ancient Nemea was one of the most important sanctuaries dedicated to Zeus in ancient Greece. One of the four panhellenic games were held in its stadium, the Nemean Games, after which the winners would be crowned with wreaths made of celery leaves. The simple yet impressive stadium still remains with its starting and finishing blocks in place, as well as with the crypte totally intact. That was the ancient tunnel through which the athletes were entering in the nude the stadium, symbolizing their purification and their rebirth process. A few meters away from the stadium remains a small part of Ancient Nemea that has been excavated, from which the reconstructed doric columns of the temple of Zeus really stand out.

The museum contains a collection of pictures of Nemea by travellers of the 18th and 20th centuries, coins of ancient visitors to Nemea, items related to the athletic activity on the site, prehistoric finds (pottery, tools, weapons etc.) from sites in the district of Nemea, pottery and jewellery from the Mycenaean cemetery at Aidonia and the settlement of Aghia Eirene, architectural parts from monuments at Nemea and other sites, and a collection of inscriptions from Nemea, Phlius and Petri.

For the guided visit with a licensed tour guide you will need approximately 1.5 hours and then you can spend more time on your own to take pictures.