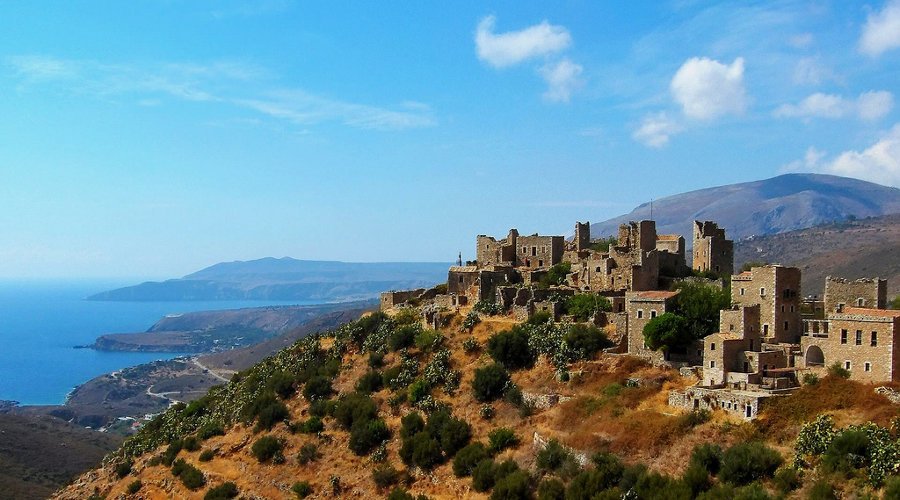 At the heart of Laconian Mani, Vathia strongly resists the passage of time offering a journey into the past where its residents defended the prospective intruders entrenched in their imposing defensive tower houses.
Vathia is one of the most impressive traditional villages and certainly the most photographed throughout Mani.

The settlement of Vathia suddenly pops up from one of the road turns, like a citadel built on a hilltop and is just 2 km from the sea offering magnificent views to the Mediterranean.

The entire settlement, is considered a monument of the region’s architectural heritage of the 18th and 19th centuries, during which most of Vathia’s towerhouses were built. The towers are unique examples of folk fortification around the Greece.

The known towers were made with two or three floors of stone buildings, in other parts of Mani may have more floors, which have very small characteristic windows. These were mainly used as embrasures behind which the family and defenders of the tower fought against invaders like the Turks or even pirates.

Moreover, many had machicolations from which scalding oil or water was thrown over the main door when invaders tried to breech defence. The presence of such towers build very closed, even attached, to each other was enough to create an impregnable wall of protection that in the time became the specter of any would-be conqueror.