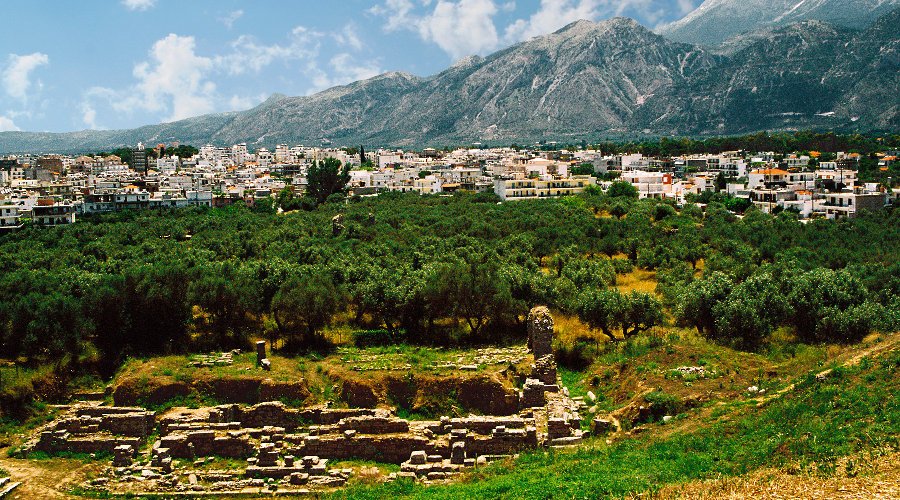 Sparta is in the centre of the Lakonian prefecture in the Peloponnese and is one of the most famous towns in world history. Home to the Spartans, it rivalled Athens throughout ancient times only to fall into ruin. Little remains of Ancient Sparta, and the modern town, rebuilt in the 1830s in the familiar grid formation do not do justice to the town’s reputation.

Ancient Sparta was home to one of the most fearsome armies the world has known, and the city was very well known for its oppressive constitution. The modern term ‘spartan’ meaning devoid of luxuries comes from knowledge of this strict and totalitarian society. Volumes were written by the great writers of Greece on Spartan culture. Thucydides who said of Sparta:

If the city of Sparta were destroyed, and only its temples and the foundations of its buildings left, remote posterity would greatly doubt whether their power were ever equal to their renown.

Modern Spartans may have the laconic humour that gains its reputation from the region, but there is nothing to fear from the area. In the prefecture, the ancient and archaeological sites can keep enthusiasts occupied for days. The ancient theatre and the acropolis on the outskirts of the town are a fascinating as a glimpse of how Sparta used to be. The most important archaeological site is the Sanctury of Artemis Orthia, found on the road to Tripolis, another important historical site.

Sparta is a good base for exploring the Laconian prefecture. Close to Mystras and in the shadow of Mount Taygetos, Sparta has some of Greece’s more spectacular mountain scenery. Combined with the historical and archaeological aspects of the region, Sparta has much to offer the modern traveller.