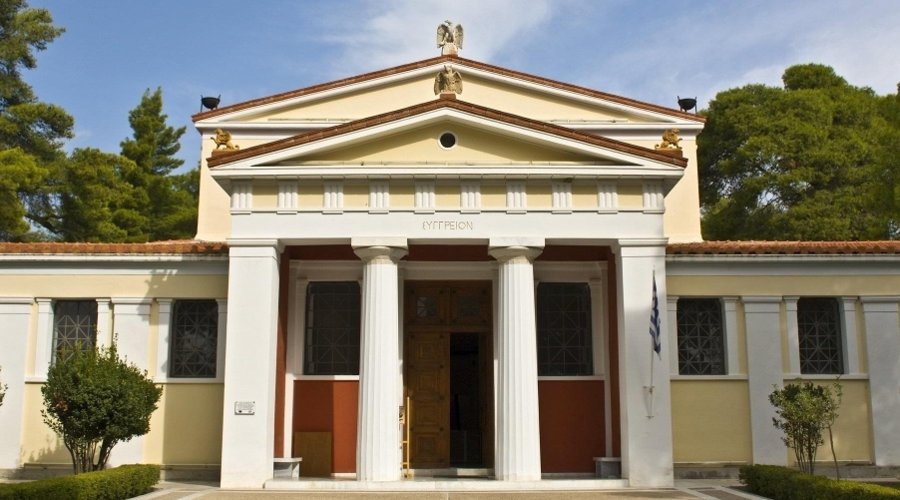 Museum of the history of the Olympic Games

The Museum of the History of the Ancient Olympic Games hosts 463 ancient works, from the Temple of Zeus at Olympia, and other museums in the Greek territory. The exhibits cover a wide chronological range, from the second millennium BC until the 5th century AD. Ancient exposed in thematic units and through them yperchilietis shows the history of the Olympic games, the longest ancient institution.

Apart from ancient art, the visitor has the possibility of detailed information through the rich visual material.

The building complex consists of the museum's exhibition spaces on the ground floor and basement, where this is expected to operate in the future for better multimedia presentation of the Games, as well as educational programs.

The exhibition area consists of a large central hall, the lobby and eleven small rooms.

The most important of the exhibits housed in the museum are the gold-ring seals the first images of sports, representative samples of the Minoan and Mycenaean art, bronze and terracotta figurines geometric warriors and chariots from Olympia and are the first performances of historical years mentioning chariot, various objects used by athletes such as discs, dumbbells, Mr. aryballoi et al. as well as exhibits that make up the unity of the Olympic events. Among those particularly important are inscribed bases of statues that decorated athletes in antiquity the Altis, the stone and bronze inscriptions, which are inexhaustible source of information, the bronze statuettes of athletes, and many vessels with representations of athletes.

The purpose of the exhibition is not simply to provide information about the Games in antiquity and the initiation of the visitor to the institution of the Olympic Games.