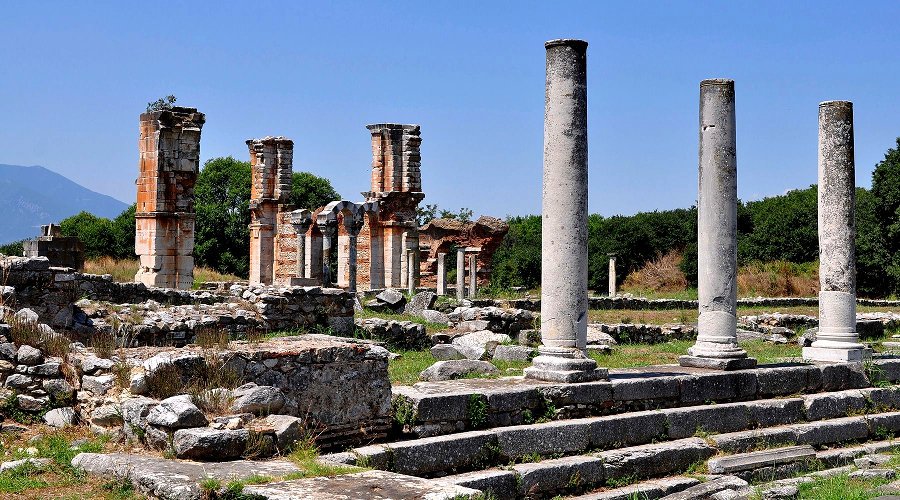 The ancient theatre of Filippi is an important and remarkable monument. It is located at the feet of the acropolis and it is supported on the eastern wall of the city of Filippi. Eventhough it has sustained many changes throughout the centuries and some interventions so that it can host the Filippi Festival, it still preserves many of its original elements.

The excavations have brought to light ruins from the Hellenistic, Roman, Byzantine and Paleochristian period.The octagon, the Roman forum, the paleochristian basilicas and parts of the city walls, are some of the most well known.

The museum includes four major collections of finds from the prehistoric settlement of Dikili-Tash, from the Hellenistic, Roman and Early Christian city of Philippi.

The most important exhibits of the museum are: