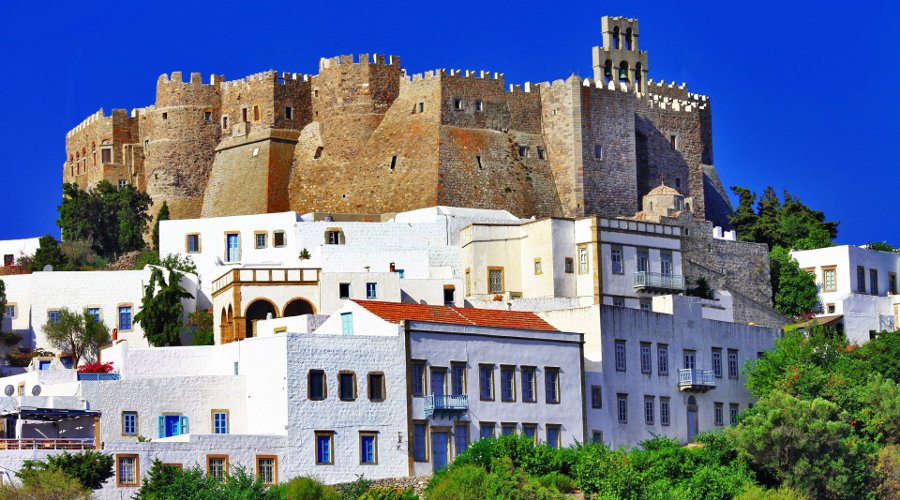 The island of Patmos has an area of 34 sq. kilometres and a coastline of 63 kilometres making it one of the smallest inhabited islands in the Aegean. With an approximate population of 3000 persons, Patmos forms part of the Dodecanese Islands and lies between the islands of Leros, Fourni and Ikaria.

Famous for its religious past, the island is where Saint John wrote the Book of Revelation. Also known as the "Jerusalem of the Aegean", Patmos was formally declared a Holy Island in 1983 by the Greek government. For many years now, Patmos has been an island of pilgrimage for Catholic and Orthodox faithful who come to the island to absorb the spiritual heritage and bask in its beauty and serenity. Today, this mountainous island with small coves also attracts various sun lovers, wanting to swim in the crystalline waters.

The 2 most architecturally significant elements of Patmos are the towns of Skala and Chora, which is dominated by the majestic and fortress like, Byzantine monastery of Saint John. Although the architecture is traditionally Dodecanese, there are similarities with the Cycladic style of cubic whitewashed houses with flat or tiled roofs and an assortment of coloured shutters and doors.