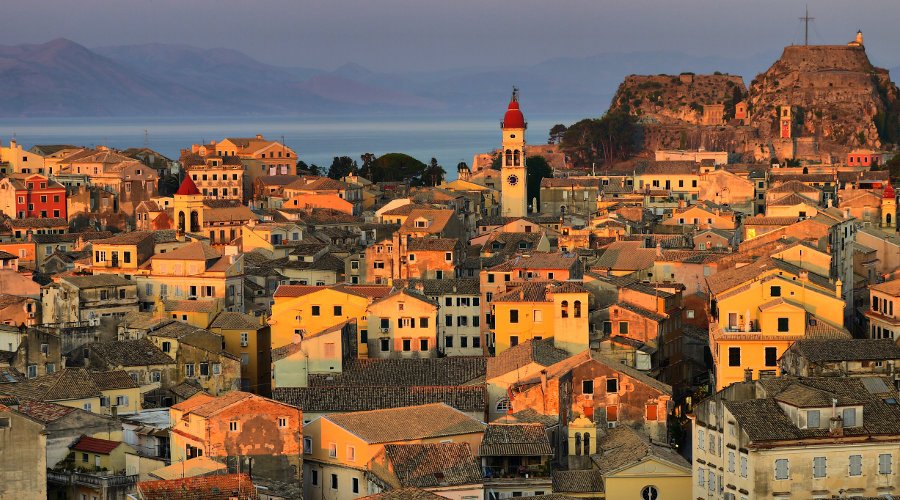 The greenest Ionian island Corfu, or Kerkyra in Greek, was Homer’s ‘beautiful and rich land’. Mountains dominate the northern half where the east and west coastlines can be steep and dramatic and where the island’s interior is a rolling expanse of peaceful countryside.

Corfu was a seat of European learning in the early days of modern Greece. While the rest of the nation struggled simply to get by, the Corfiots established cultural institutions such as libraries and centres of learning. To this day, Corfu remains proud of its intellectual and artistic roots. This legacy is visible in many ways, from its fine museums to its high-calibre, Italian-influenced cuisine.

Beaches and resorts punctuate the entire coastline, intensively so north of Corfu Town and along the north coast, but less so in the west and south.