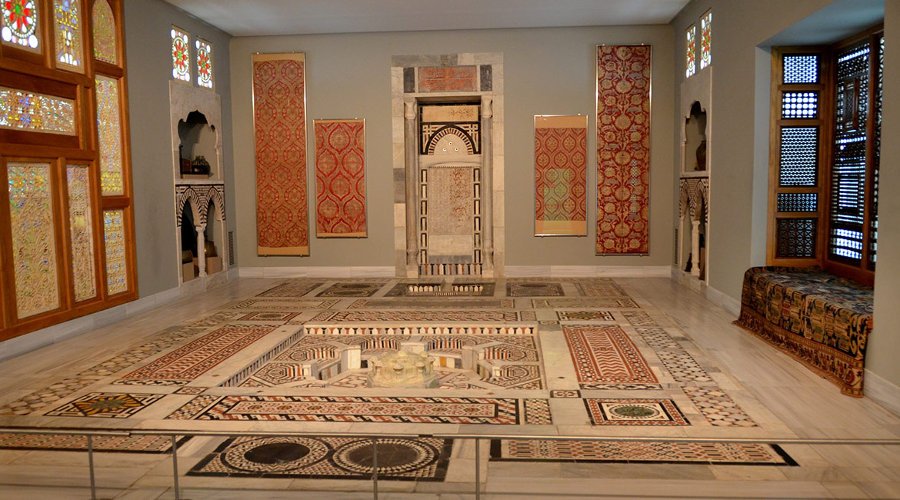 The Benaki Museum collection of Islamic art, which includes examples of all its local variations from as far as India, Persia, Mesopotamia, Asia Minor, the Middle East, Arabia, Egypt, North Africa, Sicily and Spain, ranks among the most important in the world.

The evolution of Islamic civilisation from the first appearance of Islam up to the Ottoman period and the corresponding development of Islamic art up to the 19th century are demonstrated by more than 8,000 works of art, including ceramics, gold, metalwork, textiles and glass, smaller groupings of bone objects, inscribed funerary steles and weaponry, as well as the marble-faced interior of a reception  room from a 17th-century Cairo mansion.